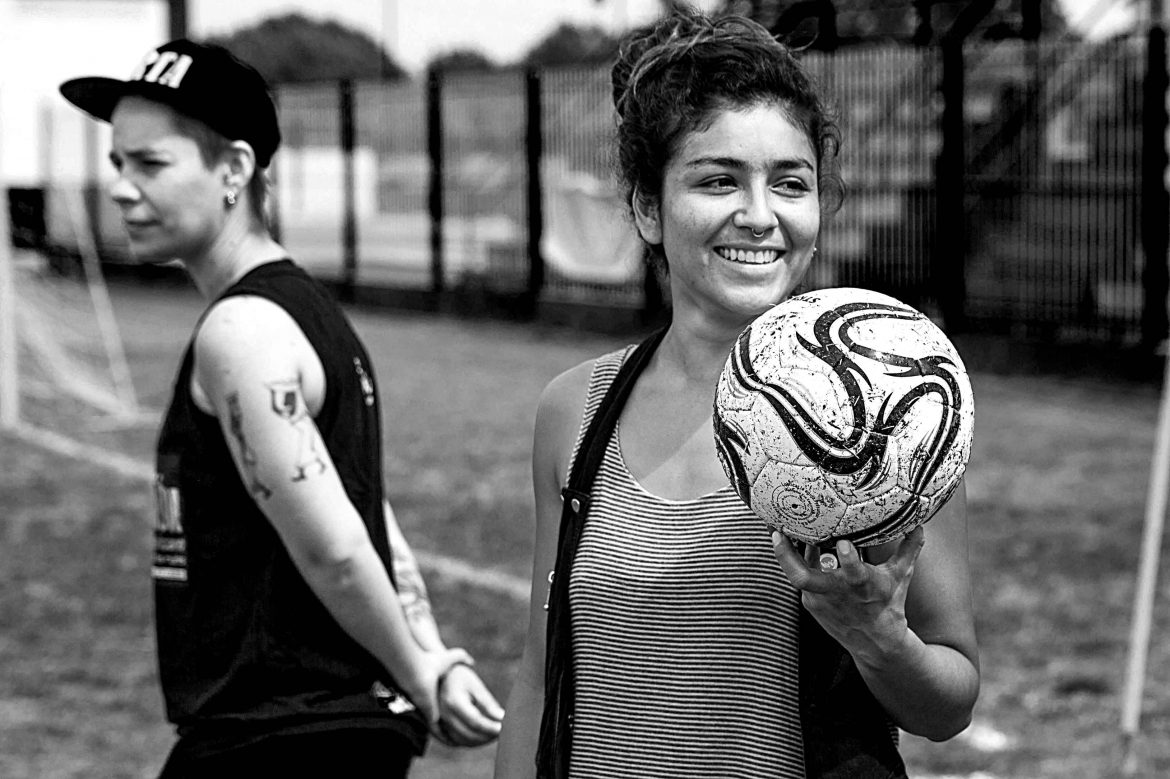 Born in Colombia Juli is living and working in Argentina since she was 19. Football it’s her revolution: not only it does make her happy and complete but it’s also her weapon to contribute her grain of sand to the struggle for equality. When she plays football she feel alive, free and unstopable. 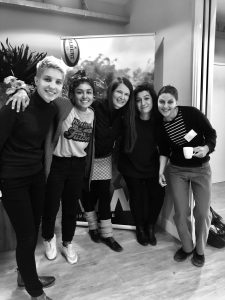 Her family moved to Sweden and her fathers passion for football rubbed off on her too. She learned Swedish on the pitch, to communicate with her team. Turning 15, her family moved back to Colombia and she was stunned by the absence of girls’ soccer in her school. Juli played for the U-19 national team as defensive midfielder, but was keen on to get out of Colombia. She missed her freedom she experienced in Sweden. Finally she moved to Argentina to study anthropology, but not before she contacted Club Atlético River Plate to play in the first division soccer. Her Anthropology study opened her eyes to the chain of her own life: how she was bullied for playing soccer and the expectation of her being a women should look like. (Please also see the originally text published in NPR Latino USA as well.) 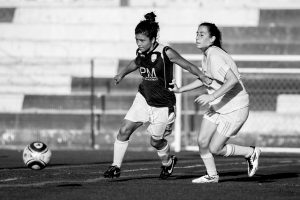 She graduated from a class of 86 students where she was the only woman. It was not easy and very challenging. But it was amazing for her to learn so much and to open some of those minds that where not very welcoming a female coach. Together with Monica Santino – a woman with a tender and determined look who knows that soccer is much more than a ball – they founded La Nuestra Futbol Femenino in November 2007.  For the first time their feet put on the floor of the polluted square of the Barrio Güemes in the Villa 31de Retiro. With pride and dignity they put on football boots, shorts and didn’t leave again.

La Nuestra Futbol Femenino is an NGO that was born with the intention to seek to recreate a space for practice soccer and to promote women’s football in pauperized neighborhoods of Buenos Aires. Its main goal is to use women’s football as a tool to empower girls women and work towards gender equality and to fight violence against women. Their pitch it’s a safe place now even for single mothers or gay women who are trying to escape their environment for a while.

Argentina boast a long soccer tradition, it’s a cultural asset and practically engrained in national identity. Men’s football is known for its excellence. Maradonna and Messi are topnotch players, simply stars who shine beyond the national border. It is illogical that women’s soccer is outside of this cultural phenomenon. The problem is that the odds for female football players are worse and career opportunities are limited. To reach a professional level often fails very early. And La Nuestra has recognized a real gap here, which had to be closed. The beginning of La Nuestras path was tough. In Argentina they were forced to play in men shirts. The pitches were unlighted. All times for practicing football on the field were reserved for boys and men. The girls started to defend themselves and claimed the pitch for them only. Once these boys threw stones and sticks on them, one girl got injured. They left the pitch, but the next day they came back and stood their ground. Male resistance shrank and today La Nuestra is practicing 3 times a week for two hours. Parents encourage their daughters to play instead of trying to stop them. These women claimed their right to play, their public space for something they love to do. It’s small steps forward, but they’re signal steps.

The organization has been walking in the neighborhood of Villa 31 for more then 12 years and they are understanding that they are actually able to change the way of how women are perceived. So they  started to talk about feminist football, based on the popularity of feminism in Argentina. The one we have been practicing for a long time gained another visibility, now looked at from a gender perspective. Feminist football is the opportunity to make a political statement about football and women.

Juliana and Monica that the feminist football that they coaches empowers bodies, allows them to go beyond the limits of those who used to tell them what they could play and what they could not play. It’s a football that doesn’t think about destroying the opponent, but playing with them to win. It’s not an enemy. It’s a football that looks at our teammates horizontally, that allows us to change our lives. This whole process they are going through with these changes in girls is what they call feminist. From village feminism, in changing the empowerment of women and in exercising their rights ultimately.

The team has to deal with the very adversities that women face in an absolutely patriarchal world. As women, with what it costs to defeat a patriarchal culture, with what it costs to maintain a project with these characteristics, they have to face these adversities. The sports field, the lack of sports equipment, the lack of medical care for injuries. They do it with great passion, with a lot of fighting spirit and practically without resources. But Juliana is optimistic that they are on a path where this change and this exercise of rights will be absolute. They have already achieved initial success.

Together with Enriqueta Tatto and Juliana they joined forces and started to work as coaches for the women’s soccer team of Club Atlético Huracán in 2019. Juli is not just happy to be back in a club who welcomed her to Argentina. She now has a possibility to work and grow professionally. Training 5 times a week, their main focus is on working with their players on their self perception as athletes, that they take care of themselves first of all. They both want to build a supportive team, that has the possession of the ball and the hunger to fight for the ball in case it is lost. Above all they want to emphasize that football is a team sport and that it has to be built by empowering the individual players so at the end the team grows. Enriqueta and Juli will use the sidelines a lot. More importantly they will emphasize that this is a historic moment for the women footballers and the professionalism that women built. Not just on a blackboard, but for the players to take care of themselves and to deal professionally with training, care and confidence in the team.

Women’s football in Argentina needs political commitment to really develop football, not just in the sporting arena, but also in the administrative and political leadership. There also must be more female coaches, referees. And more importantly a huge investment in children’s football.  It needs training’s from a gender perspective where it is understood that football is a human right, it’s a right to be able to play football and have all the guarantees. The United States exemplifies it. Universities have to make the same investment in both women’s and men’s football. That World Cup Win was a victory for the women, not only from a sport perspective but raising their voice for fighting for equal treatment in every area. It’s a very important moment Argentina can built on. Where the women’s movement is articulating with the sport. Where the professionalization of football as women has this great opportunity to generate a more inclusive football. Where all women, who want to play this sport can have this possibility to have spaces for competition and care and start researching, to generate literature and research to train women well and good training for them. In Argentina there is an incredible talent, it has to be accompanied by female coaches, referees, leaders, decision makers who are committed to making women’s football what it can be.

Women in sport should be the most normal in the world 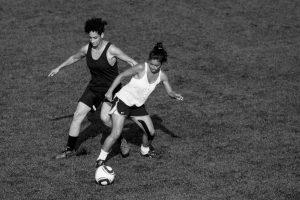 It’s a political decision to dedicate oneself to play football and create space. Sport should take more space on each feminist agenda. Not only La Nuestra but many other organizations and individuals started a feminist movement. This work it’s fun. And football is Juli’s tool, through football she can express herself.

For her it’s the beginning only. One day she could imagine herself as politician. Whereat, she and all these women fighting in that space as politicians already. Without mandate, but with many ideas. And especially with a lot of patience.