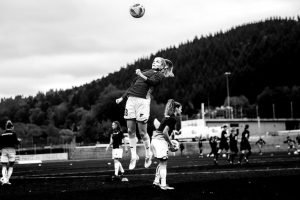 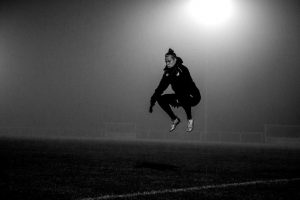 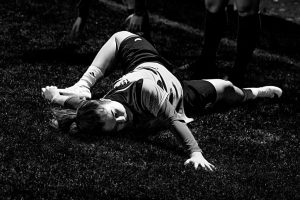 The press describes itself as a democratic medium. But the way in which sports journalists approach women’s sport is only very rarely neutral and factual, of course there are pioneers in reporting about sports. The “prejudices” about women and men are present in sports reviews and the media can therefore be considered to have a special role in their continuation. They participate, often unconsciously, in putting women in their „right place “.

Media under-representation, insignificance and sexualization, here is a division in three hand spans of how women’s sport is portrayed in the media.

In advertising, a female stereotype is preferred that corresponds to the common ideal of beauty, which is characterized, among other things, by a clearly heterosexual charisma. Deviations from this masculine norm will not be tolerated. Some women still feel archaic gender images, often even through the official regulations of associations and events. Quite often sport promotes degradation as an accessory and additionally sends the signal that it is okay to reduce women to their appearance. This attitude dominates sport to such an extent that top female athletes are no longer perceived in terms of their sporting performance.

Just how far these signals reach, can be seen in a recent case that caused a sensation in the football world. A photo of the Australian footballer Tayla Harris was deleted after derogatory comments on her “split position” while kicking a football. Having faced the comments, the young athlete spoke of “sexual abuse.” The channel later on apologized on their Facebook account: “We’re sorry. Deleting the picture was the wrong message.”

The male gender and male standards are regularly used as units of measurement for the description of individuals and for describing women. Furthermore, the insignificance of women’s sport is indirectly conveyed through a lack of media coverage.

Insignificance is the product of several factors being combined: the under-representation of women’s sport in the media as I already mentioned, its lower economic value, and its links with “beginners”. All of these factors are part of a vicious circle that leads, in the worst case, to making the sportswoman invisible.

The image of women in the media rather helps to diminish performance in order to promote a certain image of femininity, more or less a rather eroticized one. Sportswomen are displayed in such a way as to remind us that they are women “nevertheless”, which is reflected in the use of the most agreed social codes of femininity: detached hair, make-up, nails, dresses etc. However, sexualization also leads to women’s objectification, and part of it is speaking of sports as masculinizing women. Questioning feminity is as inappropriate as defining it. A woman can be whoever and however she decides to be.

Is journalism responsible for the significant difference in treatment between women’s sport and men’s sport?

The media play a central role in the cycle: they influence the sport-brand relationship and the sport-consumer relationship. The media coverage of women’s sport is therefore becoming an issue of attractiveness for sponsors. It is essential for the development of women’s sport that the journalistic sector provides it with a sufficient number and, above all, sufficient quality of media coverage.

About making a difference

Initiated to make small and bigger changes in the media spectrum, “Kick it like Lira” has the vision of making people forget about the legend of the weaker sex. It strives to transform the role and image of women in society, and to broaden the definition of femininity – especially in football and about women performing in football. 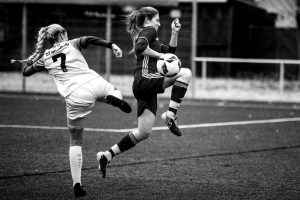 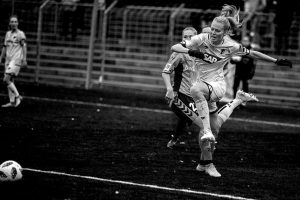 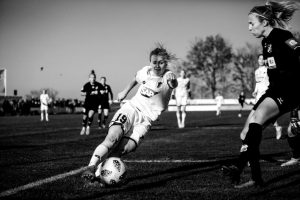