Women were once silenced in Leba 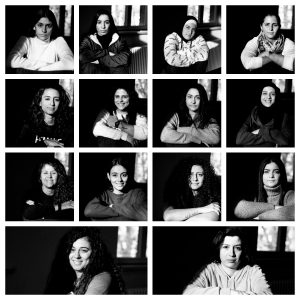 non. But since the October revolution 2019 it changed. They are fed up with their spot on the sidelines. They are on the frontlines now, demanding their rights. They want to rewrite their own stories in hopes of a better Lebanon for their future female generations. And involving women in sports is a small step for better conditions and equality for women in Lebanon, but it is a clever way to start changing society.

Northern Lebanon is a region that is significantly influenced by the Syrian conflict. The region is characterized by high unemployment rates, religious diversity, and high drug abuse. It is extremely important to support and empower girls and women in this particular region. Women’s rights are often overlooked and neglected when communities experience a crisis or undergo a sudden change process, but it is exactly in these times when it is most necessary to advocate for women’s rights and to empower women in the community.

DISCOVER FOOTBALL is partnering with GIZ Local Development Programme for Urban Areas in North Lebanon (UDP_NL) to help to strengthen Northern Lebanon. The overall objective of the project is to increase gender equality by supporting and strengthening women’s football structures, empowering female football multipliers, girls and women to take an active role in society. But also encouraging them to take part in decision-making processes our project contributes to the struggle for more equal societies.

We have successfully completed the first two blocks. It was a great and very intensive exchange in Berlin. Everyone is looking forward to the festival in June. Even though the country is in upheaval. These women have set themselves the goal of strengthening girls and women through sport and standing up for their rights.

Many people in Lebanon are not ready to deal with strong and independent women doing sports and playing football in particular. It will need time, things don’t change overnight. But these girls are ready to help to build a better future for the female generation of tomorrow.

Promoting Gender Equality through Women’s Empowerment in Football in North Lebanon and the MENA Region is implemented by GIZ Local Development Programme for Urban Areas in North Lebanon (UDP_NL) in partnership with DISCOVER FOOTBALL through financial support of the European Union and Germany in partnership with the Lebanese Ministry of Social Affairs. 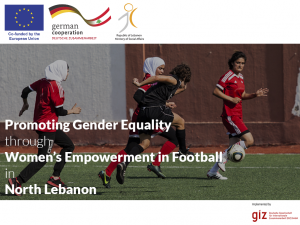