I‘ve always been very fascinated by the history of the Arab countries. The Arab peoples have some of the most diverse and colourful stories, fairy tales and legends in the world. As a child I devoured them all.

And it was Syria that I longed for most. The year my grandfather died, I had to get out and free myself from my grief. A change of scenery always helped me work through things. So I packed my things and was on my way to my dream from 1001 nights. To a country with its variety of landscapes, rich cultural heritage and above all great cordiality.

Damascus, for me one of the most beautiful cities in the Orient

Ah, Damascus, ancient city and the most oriental I’ve ever seen. It smells like strong coffee and tastes like cardamom. The old town around the Omajaden Mosque looks exactly as you would expect it to. Narrow alleys, narrow passages, every now and then a minaret flashes above the roofs and sometimes you look into a house, into an inner courtyard and there the fountain splashes softly. A jumble of small streets where it is fun to get lost. Especially in the evening, when the small stalls selling sweets and food are surrounded by groups of children and families, then you really believe you are in a fairy tale of Shehrezade. Silently you hear the muezzin calling for prayer and the full moon in the sky.

Besides this romantic old town with its bazaars and winding alleys, you can visit the Omajaden Mosque, the Azeem Palace, the straight street with the Christian quarter and the Ananaias Chapel. 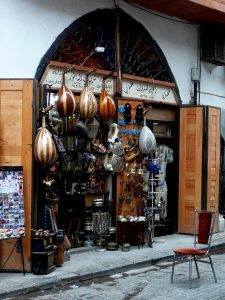 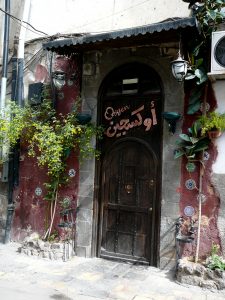 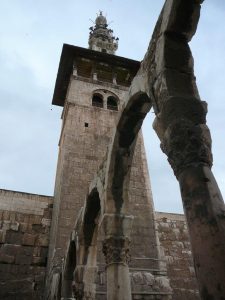 Palmyra – Ruins in the desert

My personal highlight was Palmyra. This is a ruined city in the middle of the desert, which was ruled by a queen who rebelled against the Romans twice. The city was then razed to the ground and even today about 80% of the city is still destroyed or covered by the desert. But the already excavated and restored 20% have it in itself and are definitely worth a visit. Unfortunately a part of the world cultural heritage was destroyed during the Syrian civil war. 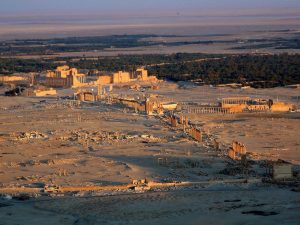 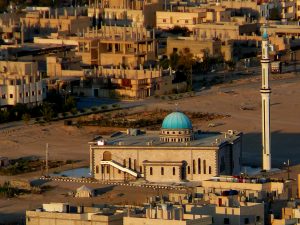 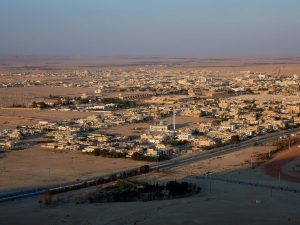 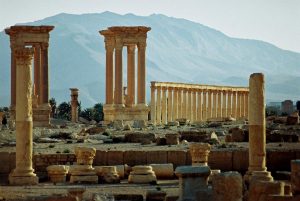 Journey to the North to Aleppo

The most important stations of these days were the fortresses Qasr Al-hayr Ash-Sharqi and Rasafeh in the desert, the city of Hama and the crusader castle Crac de Chevalier and Homs.

Damascus and Aleppo have been competing for thousands of years to see which of the cities is the older and more beautiful. I have been enchanted by both cities. But in Aleppo I was enchanted above all by the souk. A place full of magic, dizzy market life, a multitude of souvenirs……unfortunately meanwhile razed to the ground

I spent a few days in and around Aleppo. A highlight was the Simeon Monastery, where you could admire the remains of the column on which a saint spent several years of his life until his death (yes, he sat on top of the column).

Further sights are the ruins of a temple of Ishtar and the citadel of Aleppo. In the evening I walked for relaxation on the traces of Agatha Christie and went to the old venerable hotel Baron’s to drink an arak. Muslims do not drink alcohol… Many Syrians love their arak.

I stayed in Damascus for two more days and watched Bosra. This city is famous for its huge amphitheater and the buildings made of black stone. 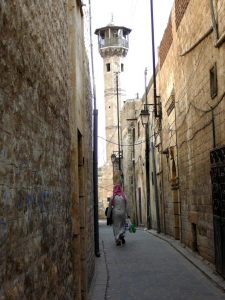 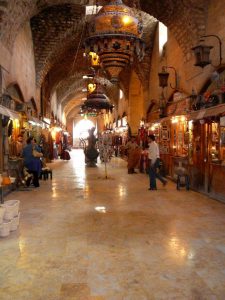 Syria impressed me very much, because actually I had no concrete ideas about the country. Only the landscapes were so different, Mediterranean coast, desert, soft hills like in Tuscany or Provence… The people are very friendly and helpful. 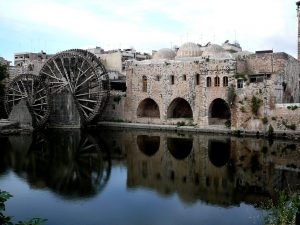 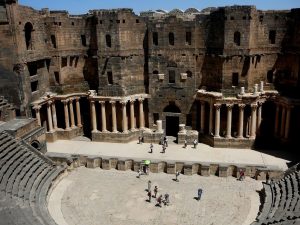 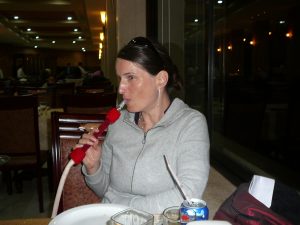