I write my own story

“I want to have a future with a good education and the freedom to do what I want.” Havere Morina 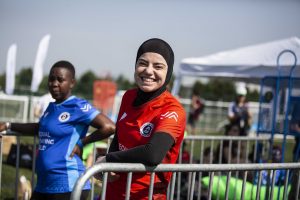 When I met Hava, I got to know a smart, dedicated and passionate young woman. She wants to change the world and be a role model.

She is growing up in Hodonoc in Kosovo. She had a happy childhood. When she started to play soccer, things got complicated. Where she lived, no girl played soccer. Women’s soccer was not accepted. But her love for soccer grew every day. And soon she was the only girl playing with boys from her neighborhood. She felt happy and free on the field. But as she got older, neighbors started talking about her behind her back. But her family strengthened her back. You only live once and should live your life freely they encouraged her. 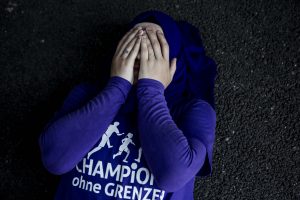 But suddenly her life at home became difficult. They were exposed to persecution and her family had to leave home. 2014 they arrived in Germany. A new life began for Hava. She said it felt like being born again. The beginning was not easy. But she is curious about the country she now lives in. She is ambitious. At no point did she lose hope. Not even when her family was sent back to Kosovo in 2016. The fact that Hava is still in Berlin was a coincidence. She was supposed to write her final exams in math that day. She studied with a friend and spent the night there. So when the police rang the bell she was not at home. Luck or bad luck? She suddenly felt very alone.

But life goes on. Life is like a train. It moves no matter whether people get on or off. She asks herself the question: Why is my life like this? Who am I? Where do I want to go ? With a goal in front of her eyes it became easier. She started playing soccer again, at Champions Without Borders. Soccer became a door opener for new acquaintances, new friendships. She found a new family again.

She wasn’t always self-confident. She had to learn that first. Especially to position herself in a male-dominated sport, especially as a Muslim girl. But it became very important to her. Empowerment of girls is extremely important here. And so she continues to fight. She wants to be a role model, to strengthen other girls. She wants to convey that anything is possible if you fight for it. Above all, she wants to support others in taking the first important step to follow this courageous path.

“Football is my life. They say to me football is not for girls but I say to them we can play!” 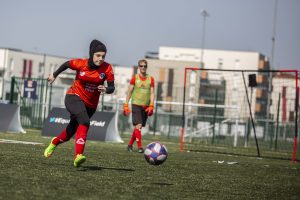 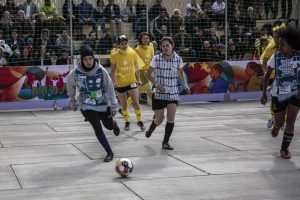 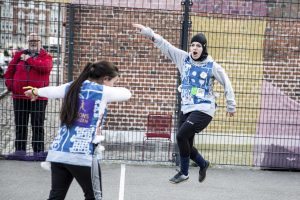 Hava is on the way to her goal. She is still writing her story.