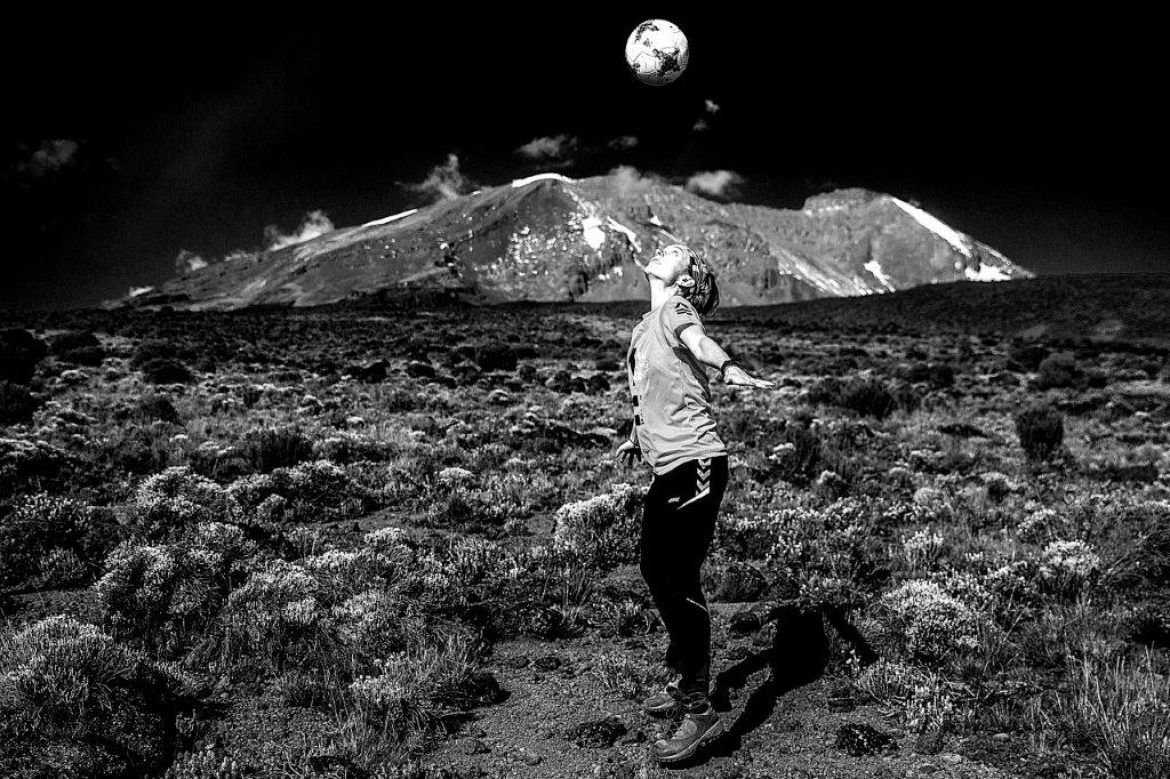 Two words women and girls have heard for centuries.

One night Laura sat on the couch and was frustrated. Frustrated about her current situation, working in the corporate world, but also frustrated about the existing injustice in women’s football. She was angry that she saw more stories about horses then women in the sports pages. She was annoyed that women who play professional football do not get the same pay as their male team mates. She saw far less opportunities for girls and women to play sport and fewer role models to look up to. She wanted to change the conversation and wanted to create an equal field. Because she hopes that in thirty years time, this whole topic won’t even be a conversation at all.

The co-founder of the Equal Playing Field initiative said: “The playing field is not equal. We wanted to use the climb of Kilimanjaro to highlight the gender inequalities faced today by women in sport. Women have fewer opportunities to play sport, get paid less when they do, and don’t get the same coverage or respect in the media. I don’t want to be having this same discussion with my future children.”

Laura has worked on a number of major sports events and development projects, combining the two when working on the Street Child World Cup. She developed both grassroots projects and Government policy and is always a passionate advocate of equality in the workplace. She made the transition from ballet to football rather late but enjoys playing with different teams and meeting fascinating people around the world.

For Laura, advocacy doesn’t stop at the soccer pitch. Together with Ben Sandhu they founded Ida Sports. They want to develop the first affordable soccer boots designed for women.