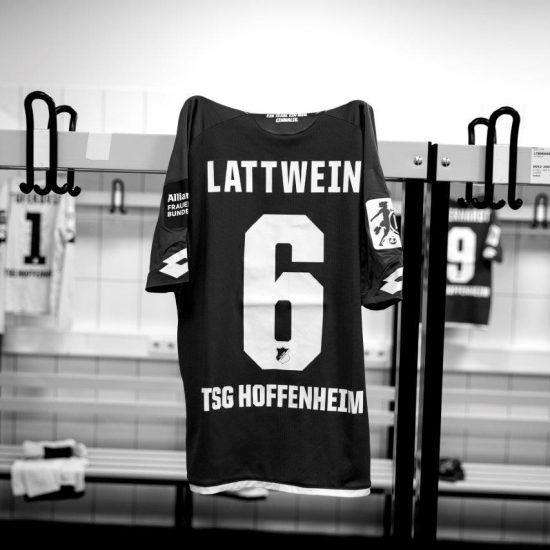 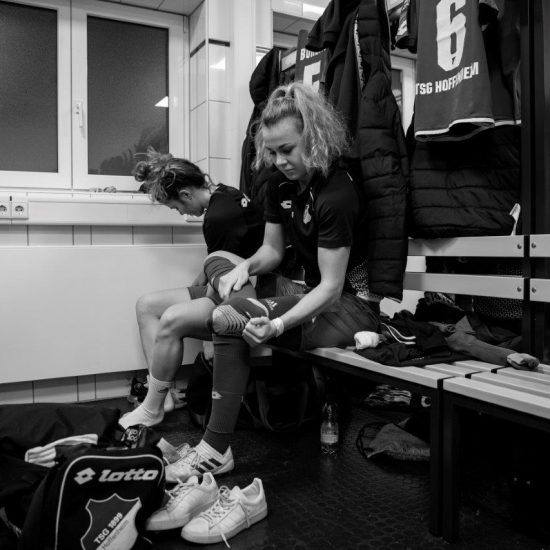 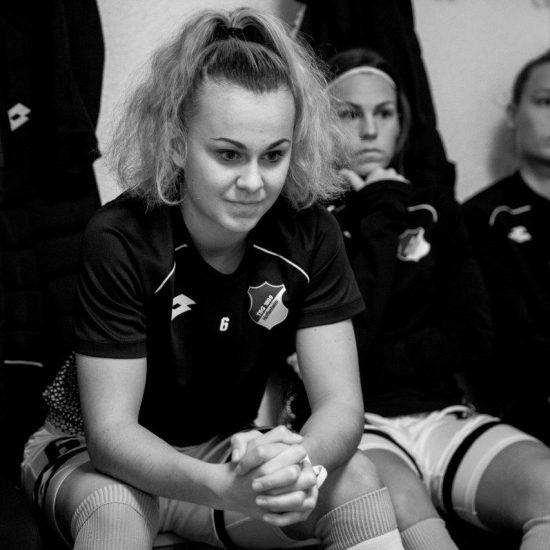 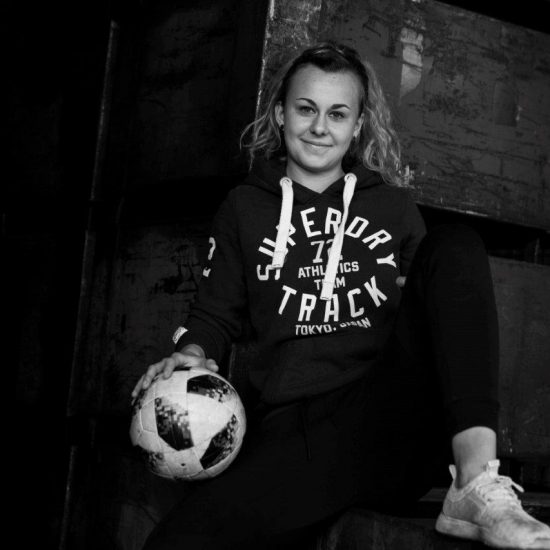 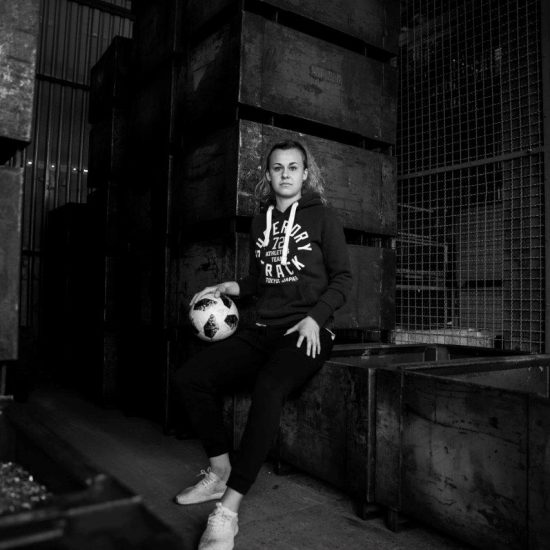 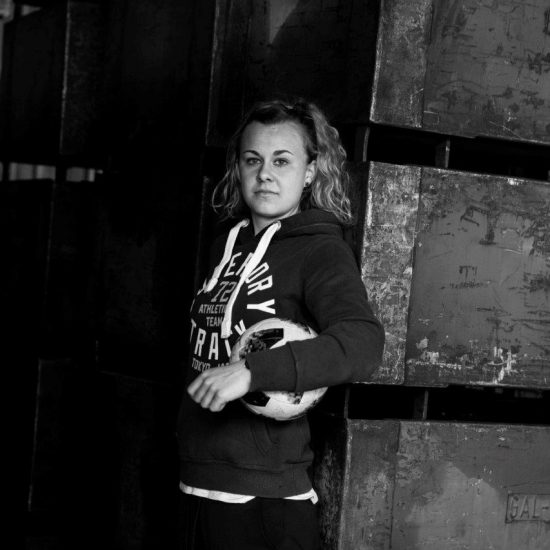 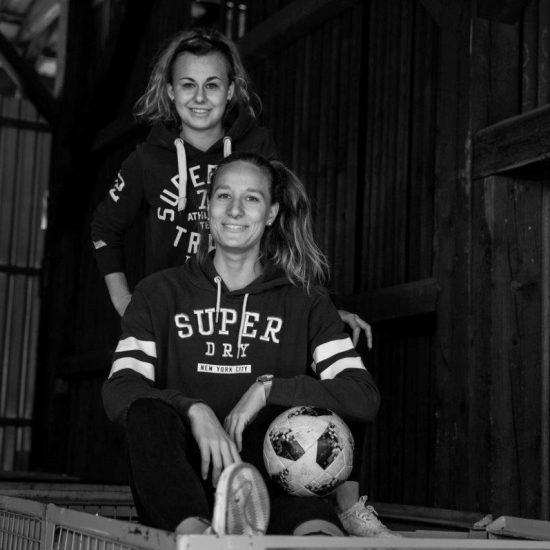 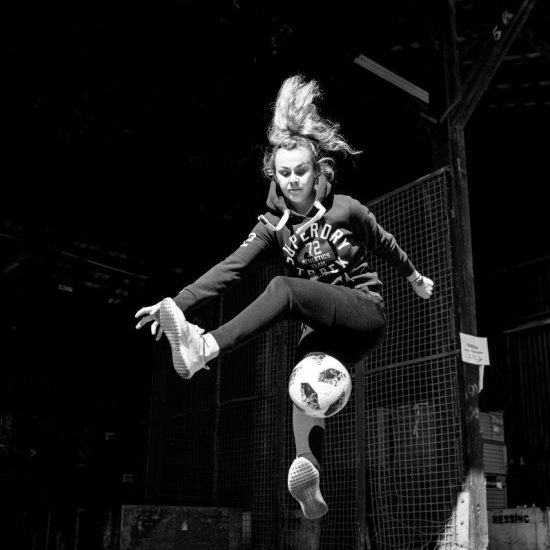 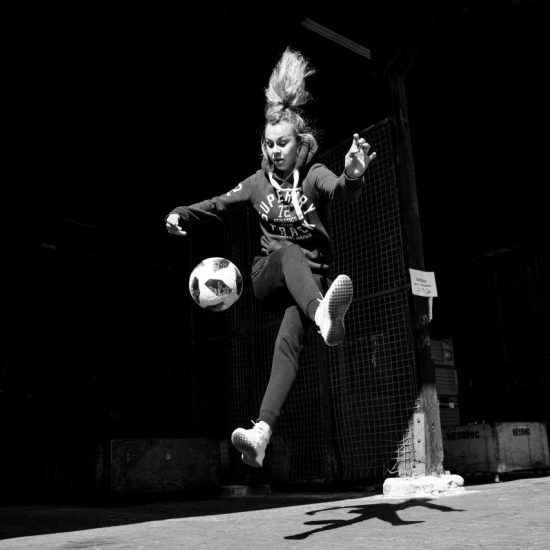 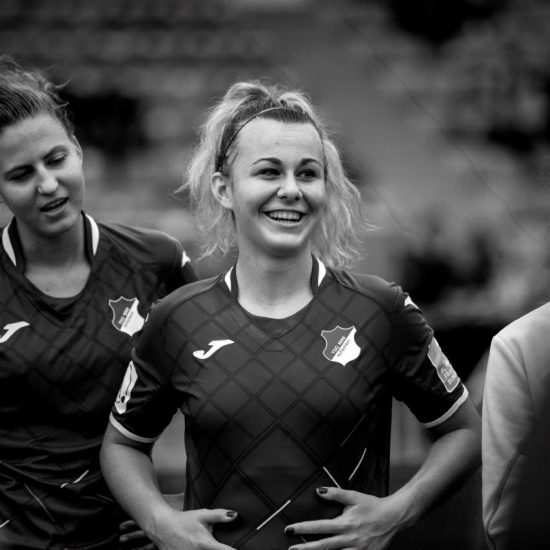 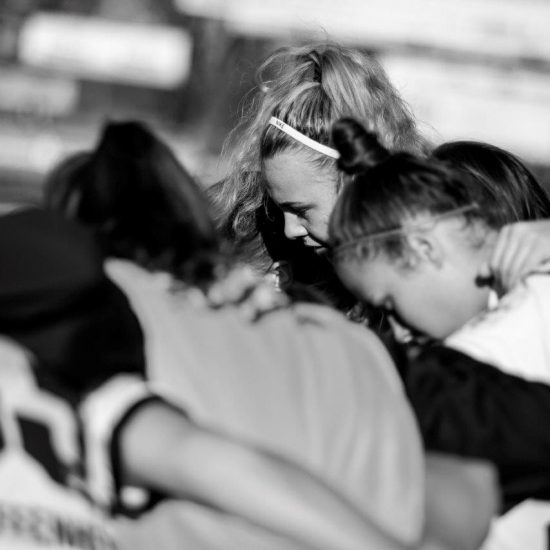 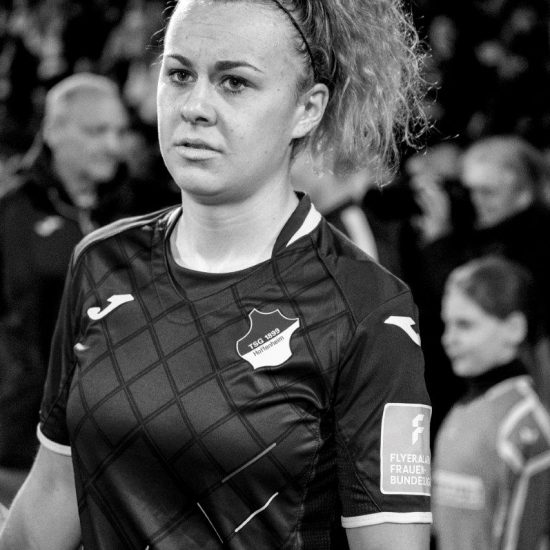 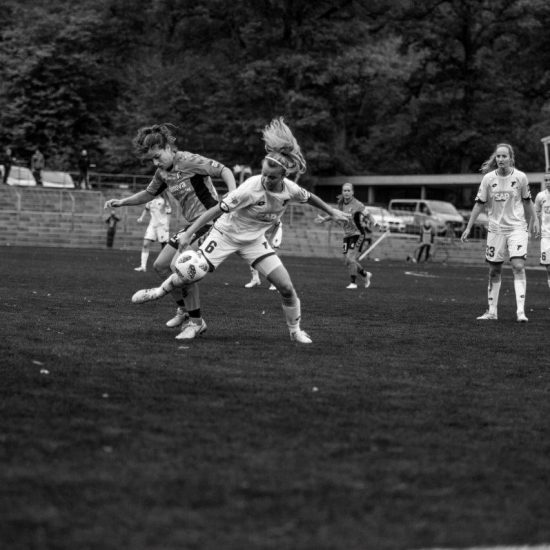 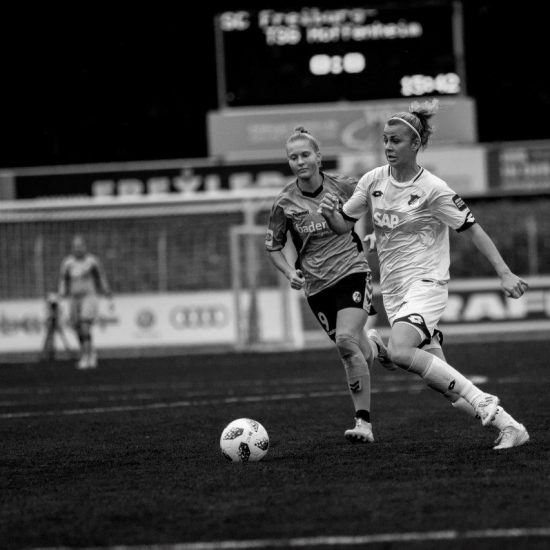 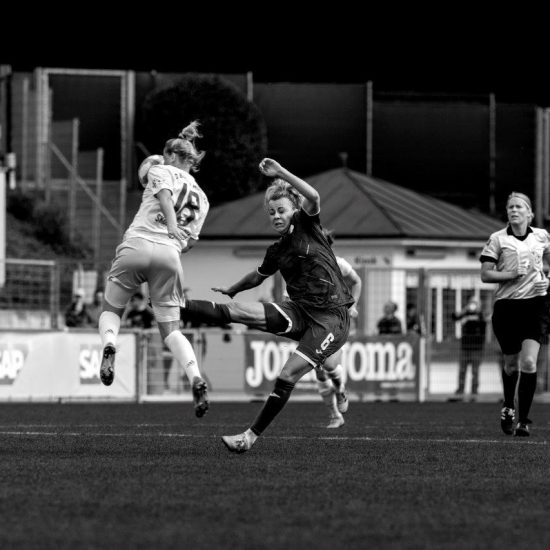 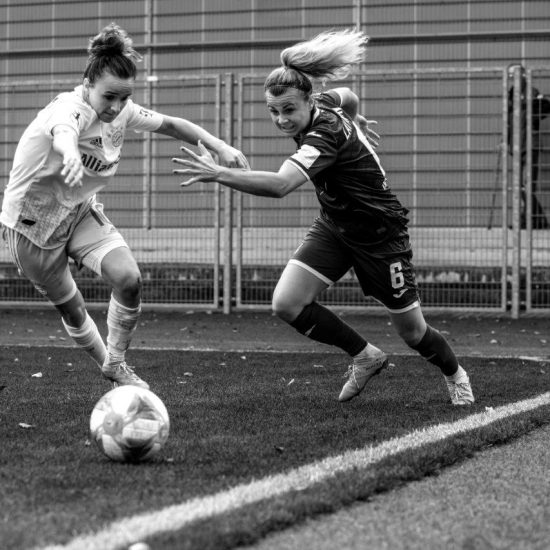 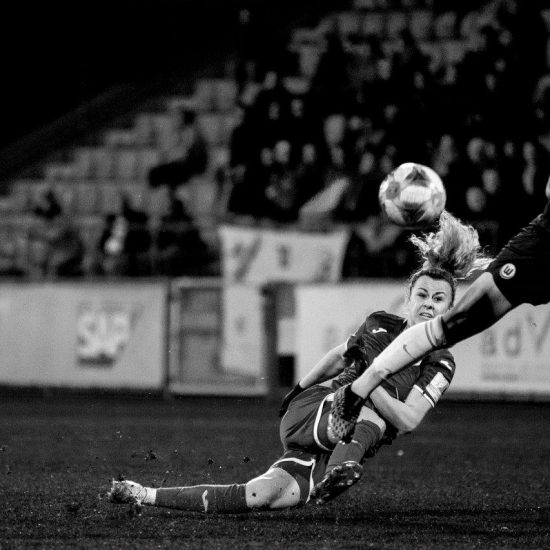 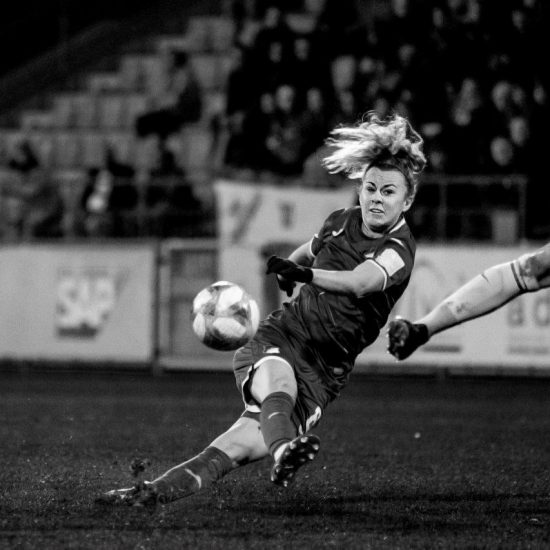 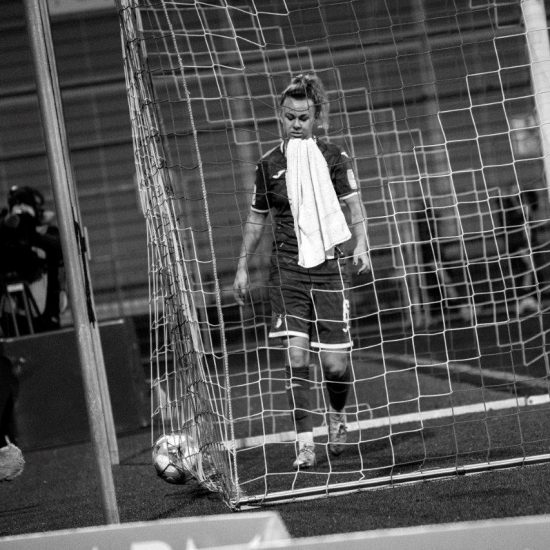 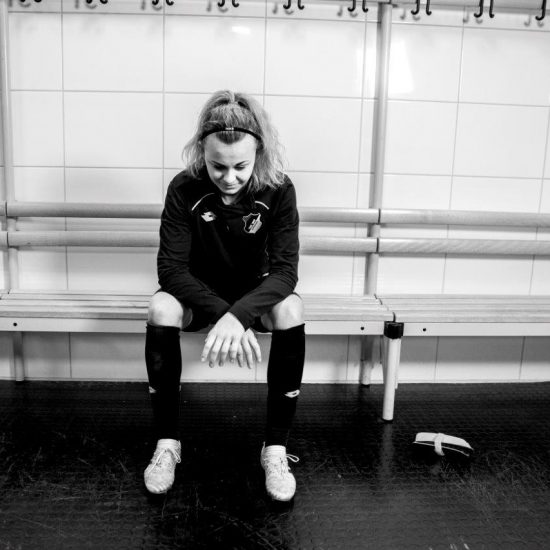 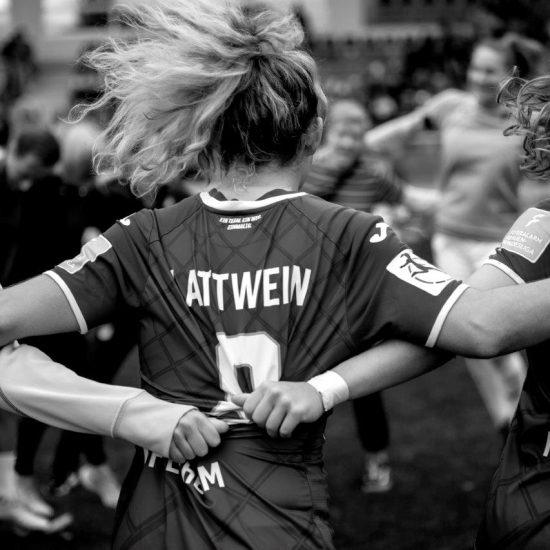 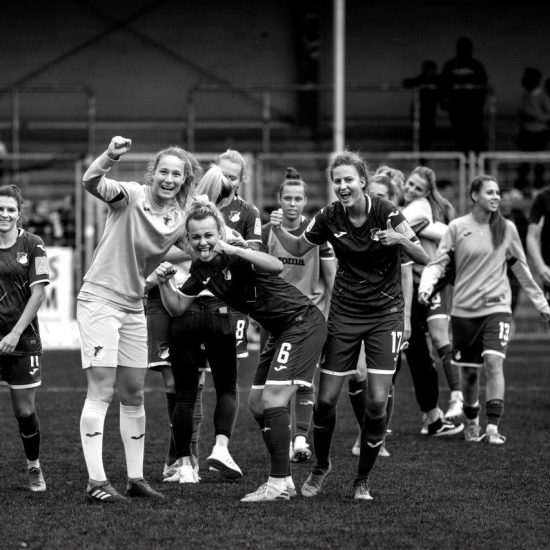 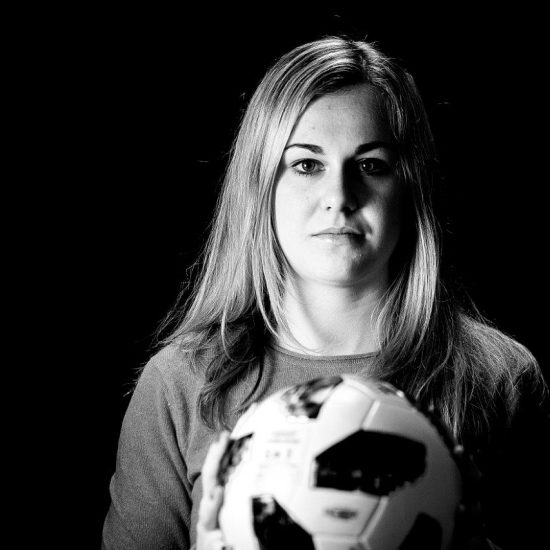 Sport is belonging to Lena’s life, always. She started playing football when she was 8 but parallel she was also into tennis and acrobatics. She is also in the squad of the German Football National Team and right now she is playing professionally for TSG Hoffenheim, here she has matured as a woman and a player . Lena finished with the age of 16 her High School and studied Business Math.

Kicking it in Borrowed Shoes

Ago, her father didn’t want her to play soccer — nonetheless she did it secretly. Lena kicked a lot with boys. Her father wanted her to stay in athletics, but she decided to continue playing soccer. However, she always had to borrow shoes from a friend. What she loves about soccer? While playing soccer you can live different sides of your character, you can be a team player and live out the aggressiveness of a fighter, too. And you can share all your emotions with the team, you are not standing alone. About soccer as a concept Lena likes especially that the tension is splitting on the whole team — in tennis you are carrying it all alone. All eyes are on you only. And also, you can be very emotional in soccer, that motivates her a lot! You are sharing feelings of happiness and disappointment with your team.  And you can show them to everyone. “Football is such a great composition of technique, athletics, power and stamina. It is very demanding in a coordinative way. While playing, I love the full contact to the ball. That is thrilling me — I am sometimes pushing the envelope to what is allowed.”

Today Lena’s dad is her biggest fan. He tries to join every football game.

Kicking with boys had always been cool for Lena. There are less fights and less envy. With boys, you have a very pure battle on the field, with girls the fight continues — after the game. She has a special talent for soccer — that was not always easy to accept for some others. She had to learn to deal with jealousy and the way people treat you therefore from time to time.

That studies are focused on the entry, to solve economic problems through mathematical analysis.  She is into math and has an interest in economic correlations. A lot of her study contents are abstract, you will maybe not need it later in your job. But she thinks, it is more about the way of thinking and how you manage and solve different kinds of problems. While doing that in your studies, you are developing a soft skill set: You learn to find solutions by modeling and structuring problems, so you know how to get — more or less exact — solutions fast.

Lena loves to control her body and the tension that sport is making. She has no role models. But she respects great performance. On the field Lena is extremely focused. She takes her freedom — sometime she is very offensive and sometimes near to what is forbidden. But that makes it exciting.She needed quite a while until she was able to live with resistances. Now, she is really doing good on that. She has learned to deal with mistakes. Football makes you stronger. Ago, she often cried when she failed. Sometimes she still needs 2 days, until she is over a lost game.

It doesn’t bother Lena that women are paid less than men in soccer — for that they are having a lot more privacy. But she would love that there would be more attention and a similar level of the training for all soccer unions. And, that their games are also distributed and seen on television. Her dream number one: I want to take part in a final game of the German National Team.

Digital Diet and how to enjoy time off

Summer vacations are the only time of the year, where the season has closed, and exams are done. Lena can fully slow down. She often turns off her phone. Her favorite activities: Running with her father at the beach in the early morning, doing little shopping tours in cool tiny shops with her mum and sister, exploring and discovering the surrounding landscape by bike. And sometimes she just lays at the pool, reading a book. Lena enjoys this distance to her daily routine — not thinking about anything.  Simply quality time with her family. Home a place, where she fully recharging her batteries. It is a place of harmony, good feelings, warmth and confidence.

Her next journey? Will take her to VfL Wolfsburg. Looks like an exciting next step.