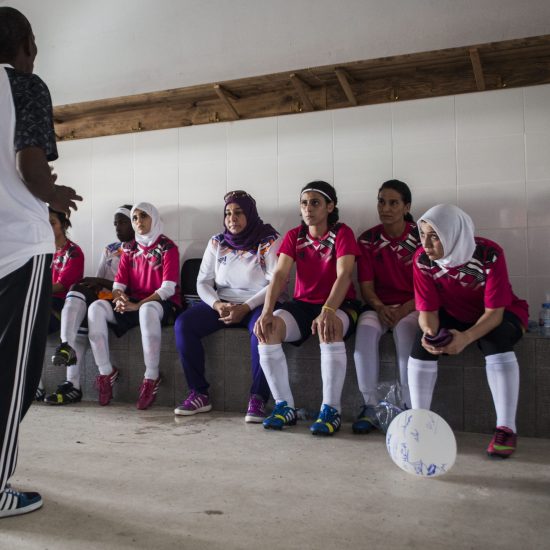 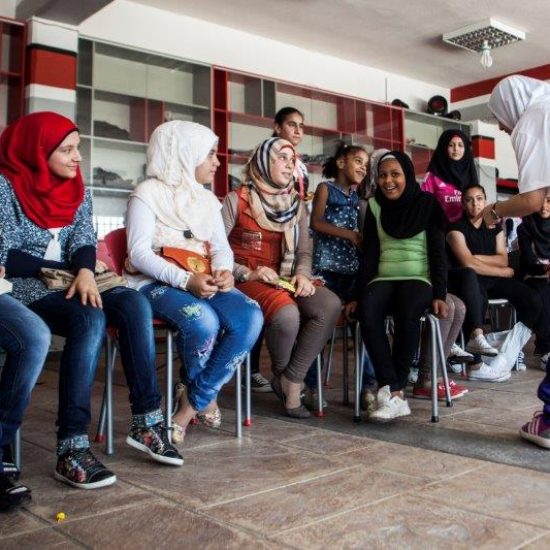 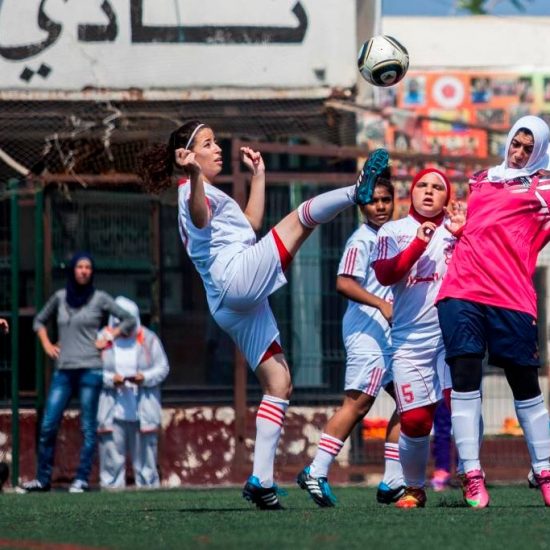 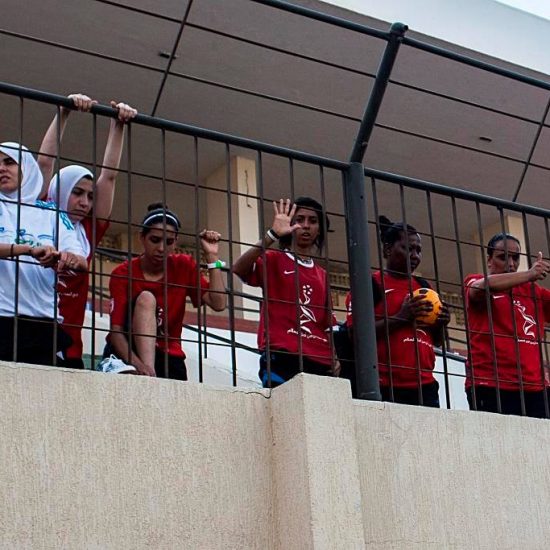 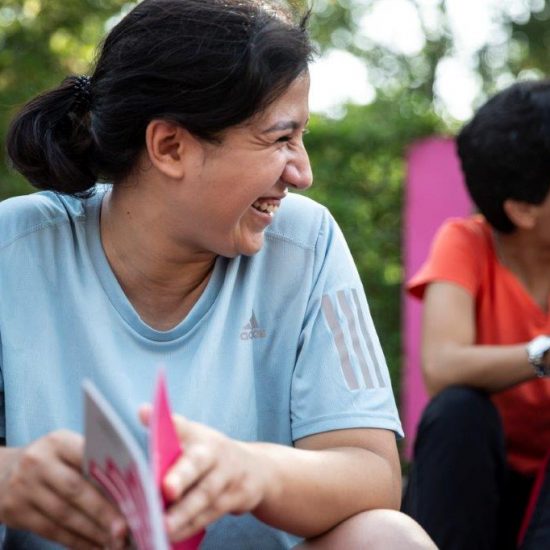 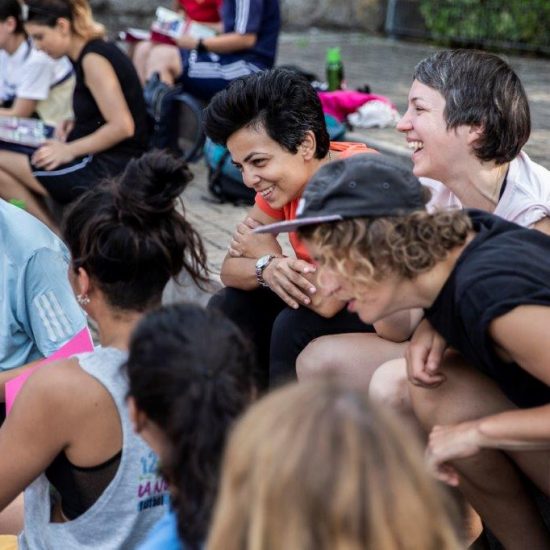 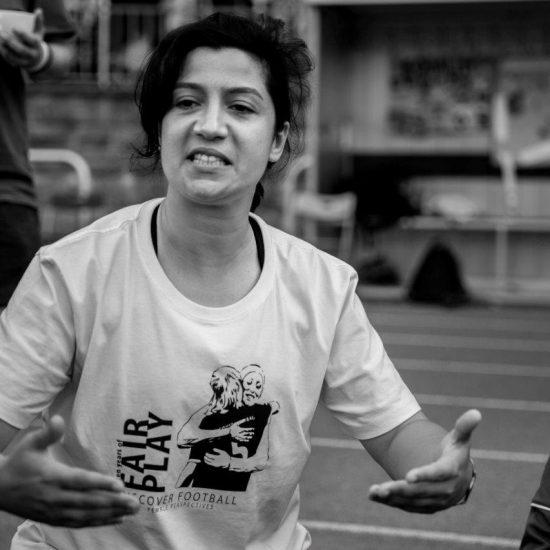 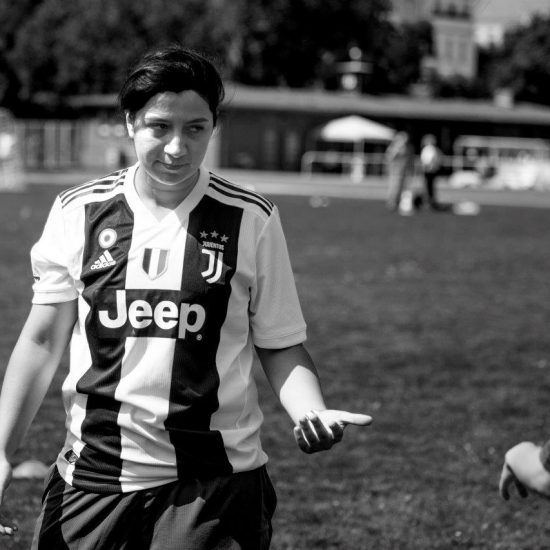 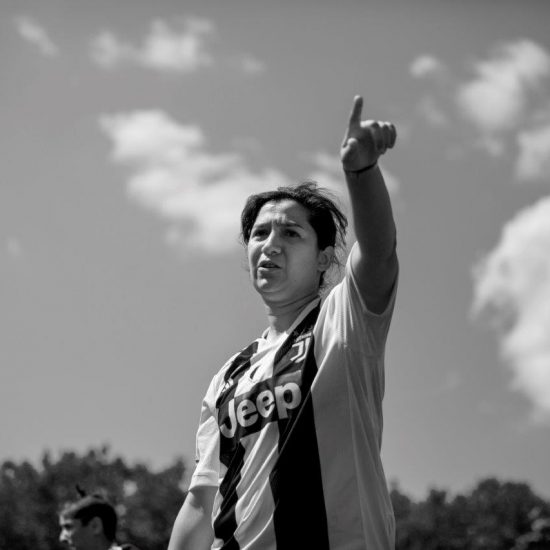 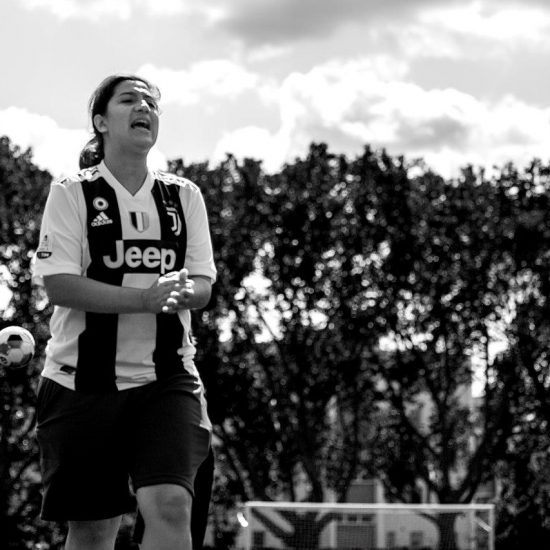 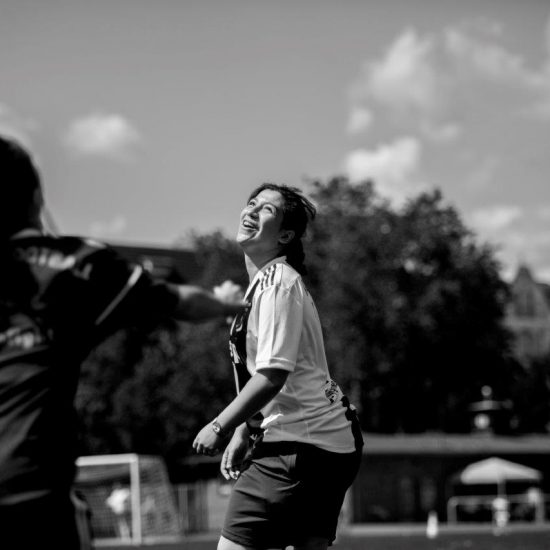 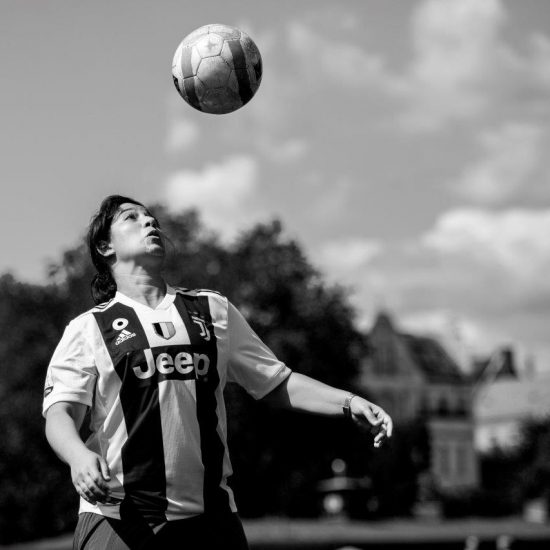 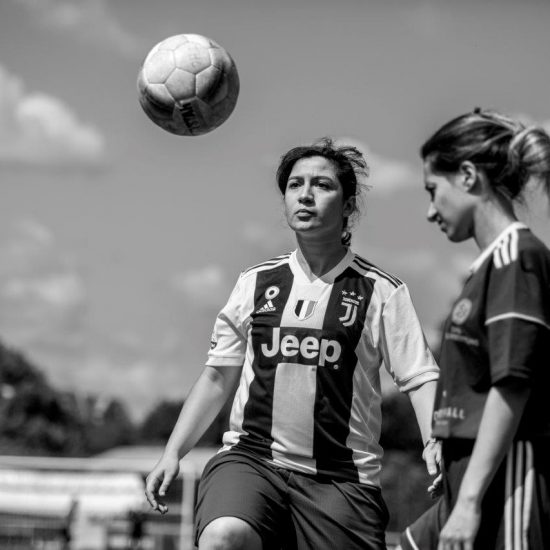 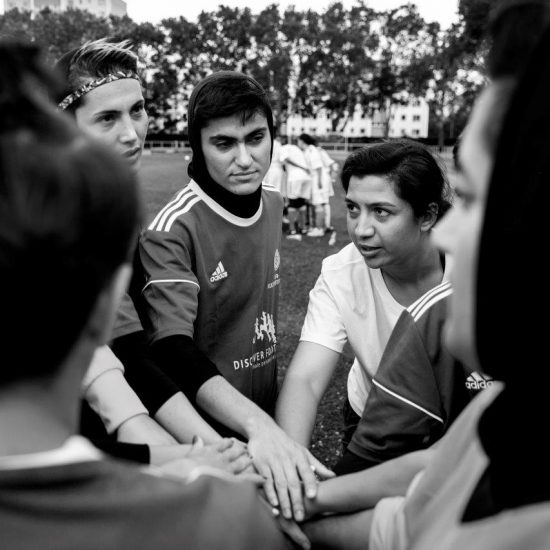 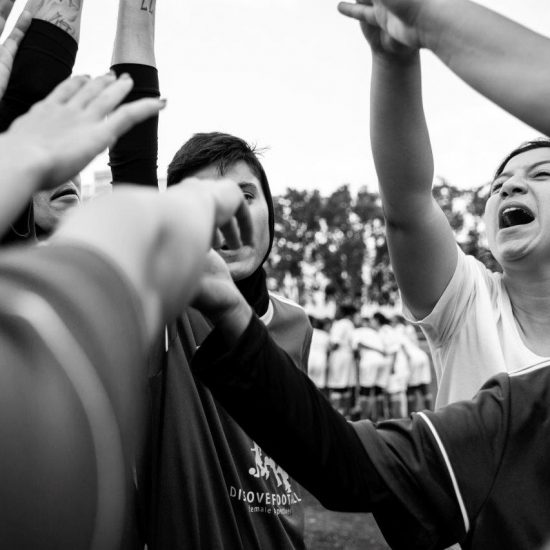 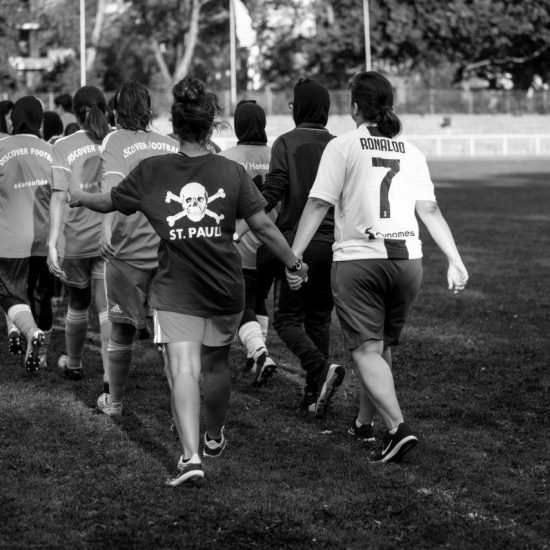 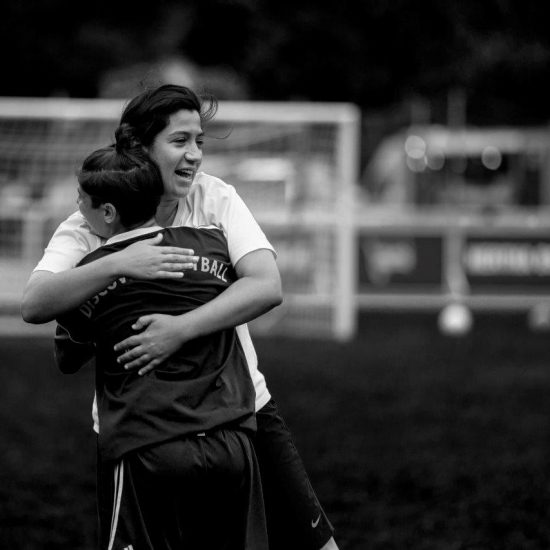 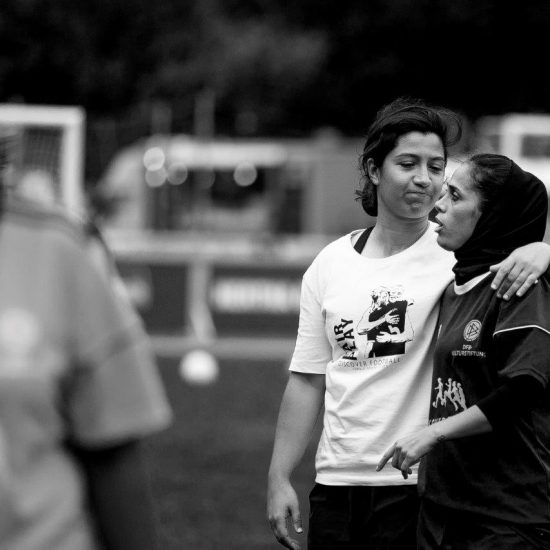 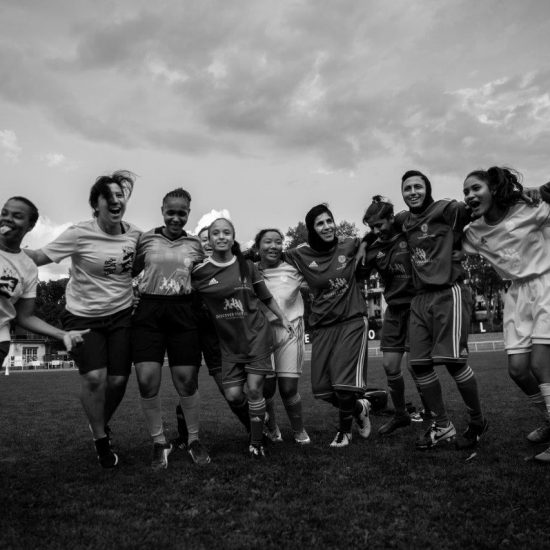 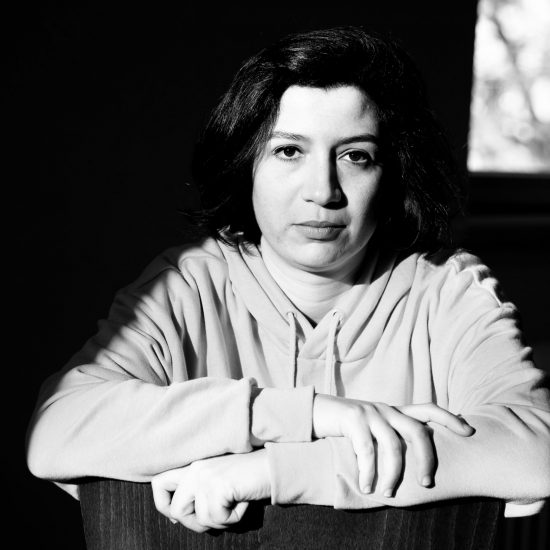 “Football Is Not Just A Sport, It Is An Attitude To Life”

“When you grow up in a country like Libya, you need something to help you stay strong. And that was football for me,” said Fadwa El Bahi

Fadwa lives in Tripoli. She comes from a family of four girls and one boy. She is the youngest. Her brother not only played football with but coached her too. Every day after she did her homework, she went out to kick. Fadwa grew up in a liberal family and she didn’t have to fight resistance within her family. She has been kicking on the streets of her hometown since she was a girl, but when she got older she was forbidden to do so. Women and football – that was strictly forbidden in Libya. After the overthrow of the dictator Muammar al-Gaddafi in 2011, female players were allowed to appear in public for the first time, and shortly afterwards they were threatened by Islamists.

We met Fadwa in Lebanon 2015, for the first time. The Libyan women’s football team has finally been able to participate in our DISCOVER FOOTBALL Festival. Two years before, their participation in our summer festival in Berlin was prohibited at short notice. I met a woman hidden behind a hijab. She looked serious, but her eyes were shining. I felt her power and her will, but she was holding it back. Until the moment the Libyan supervisors tried to push her into a corner and silence her. When I think back to that moment, I still get goose bumps today. Fadwa exploded. And that’s the way her path has been since 2015. She was not only fighting for her freedom to do what she loves. She fought for her teammates, for the girls and women of Libya.

The women thought it would be better after the revolution. They dreamed of finally being able to do with the national team what they were denied before: to play football. But the opposite happened and it became more difficult. The civil war determined their everyday life. She captained the Libyan women’s national team. But she left the team in 2016. And did not regret the step one single day. Fadwa and some of her teammates founded HERA. Their aim is to strengthen young girls in Libya and overcome cultural barriers through sport.

But they try to work inconspicuously and not to advertise women’s football too much. They fight against a lot of resistance and hate. And they just want to help. They see how their girls self-confidence changes for the better. And even sometimes life seems a dark tunnel with no light at the end, they try to remember exactly that. Because when a flower blossoms, it shows us its beauty. And for that Fadwa and her teammates will always fight.

For the film “Freedom Fields” El-Bahi and her teammates were accompanied by a camera for more than five years as director Naziha Arebi tells the story of the women’s national team in post-revolutionary Libya. The film premiered in 2018 at the Toronto International Film Festival.

Years have passed since the revolution and nothing has happened. Fadwa and her teammates dreamed of freedom, of becoming the people they want to be. None of these dreams came true. But Fadwa does not give up. After the festival in Lebanon 2015 the way she looked at football changed. It taught her that it is more than just a game; it’s a life style and filled her mind with an appreciation for all the small things about this game and what it can do. And this she wants to pass on to the female future of Libya.