The Art Of Losing

A green football field surrounded by grandstand holding thousands of cheering spectators, celebrating the eleven winners of the match. The other team is devastated. Women in white tricots looking exhausted and very disappointed, one player lays on the field and covers her face to hide her tears. The feeling: It is over, everything. We gave more than 100% percent, but it wasn’t good enough. A few minutes ago, there was still the chance to win, but now we failed in the penalty shootout. It’s June 2019 and the FIFA Woman’s World Cup 2019 took place in France and numerous similar situations happened throughout the knockout stage. But the scenery above took place throughout the World Cup in Germany in 2011. Despite the eight years in between it is still an extremely relevant match concerning the art of losing. But losing is necessary and crucial for human growth. 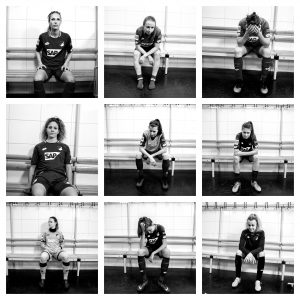 The USA’s football team (USWNT) in white was devastated in 2011, after losing the finals after a stunning penalty shootout. Seeing the winning Japanese team in their triumph moment was a tragic defeat, even more given that the USWNT are famous for their woman’s soccer and Japan was somewhat of a newcomer.
Whenever there is a winner in any big sport event, someone is losing as well. Of course, the States did reach the finals – something to be proud of. But imagine being Carli Lloyd, who shot above the goal in the mentioned most decisive penalty shootout of the match.
With this in view you could say ‘winning is easy, losing is hard’. But what is the best way to cope with such a loss? Are there any positive aspects to ‘filter out’? Yes, there are. The three different cases of losing:

N*1 We did not do our best …
… when it came to the crunch. This is the hardest of all cases. The team knows: We didn’t do our best, we didn’t perform to our full potential. In these kinds of situations, the preparation might have been perfect, due to existing tools like video analysis of previous games of the opponent, excellent training as well as physical conditions of the players. But on the match day all the good plans fall apart because the team is unfocused and not generating the team spirit needed. This can, when occurring a few times, result in a downward spiral due to motivation loss. Because it is purely the fault of the team itself there is no one else to blame. The team is the only entity that failed to perform.

N*2: We did our best
It is also quite tough to lose when a team or an athlete used all the resources to perform but just couldn’t reach the goal. But he situation can have a positive turn as well: ‘We did our best/I did my best’ is often the case, when newcomer in disciplines like biathlon unexpectedly win the silver medal and honestly say and mean they are happy to be the number two of the championship. Everything went well for them. They did their best. Surely it would be even nicer to be number one. But just like Rome wasn’t built in a day, a young athlete has the opportunity to ‘sharpen’ his abilities for some time and to approach the ‘golden trophy’ several times before taking it home.

When an athlete knows he performed to his full potential, he might be sad for a short while, but he can’t really be upset for a long time, because he did his best.

N*3: We blame the circumstances
Sometimes the circumstances are just not the way they were planned. An extreme case of this would be hailing. If you are trapped in weather situations like these, and the referee unexpectedly lets the game run, the only reason being the will to almost torture the participating teams, they are not liable. The weather’s forecast was – just as the games’ forecast is – uncertain for everyone. In the end, the weather is to blame, no matter if you lose or win. 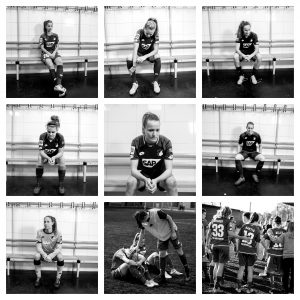 Besides getting fit and your tactics straight. Your will power is the key to overcome your doubts

A good way to think of the situation that caused the loss is realising that the feelings you had back then are the “hell you run from”. This means not to sugar coat the defeat but to convert negative emotions into a powerful driving force for your will power.

The time after a loss is furthermore a good moment in time to sit back and think through what would be the “heaven you run to” connecting it with positive emotions which will hopefully wake up your will power. In the end emotions are “a system to program us to function better” as the American biologist Brett Weinstein puts it.

Are your team morals in good condition? How was the atmosphere in the locker room after the match? Did some team members blame others for loosing? Ask yourself these questions in an honest manner!

The answers will help you to classify about the state of the team spirit of your co-members.

A little go off can be a wholesome thing to get people going, but overall there should be a constructive rather than a destructive mood.

To conclude “the Art of losing”– It is July 5 2015, Japan and the USA are once again playing the final. It was a memorable final of the Women’s World Cup in Vancouver 2015: After 15 minutes, the USA already were leading 4:0 against defending champions Japan, 5:2 on the final whistle. Carli Lloyd scored three goals, including one goal from the middle line. In the end winning at the revenge game is one of the best ways to cope with a loss. And at this year’s World Cup, the USA once again proved that they play world-class football. And now they are taking home their fourth World Cup title.