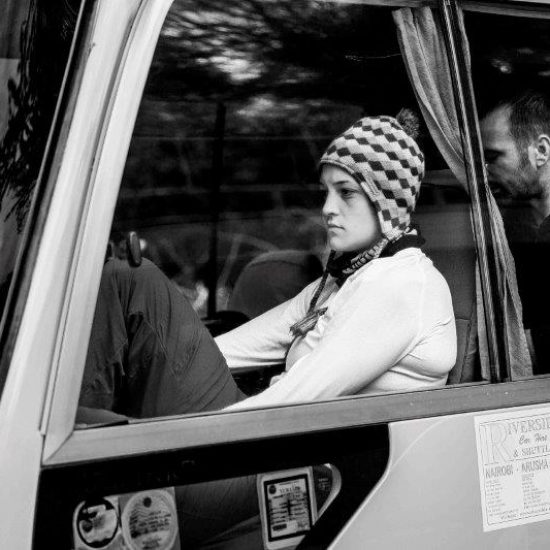 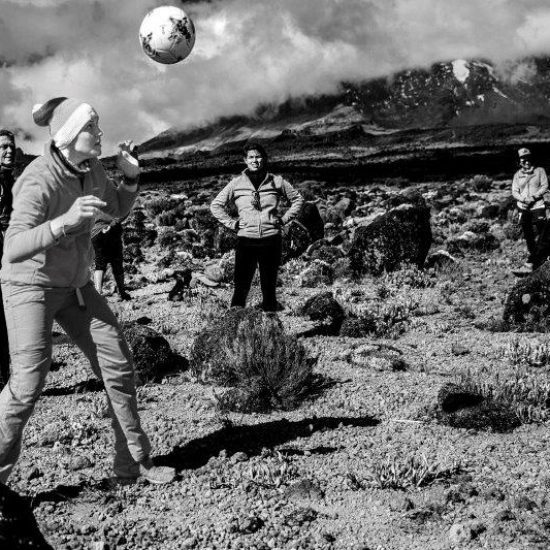 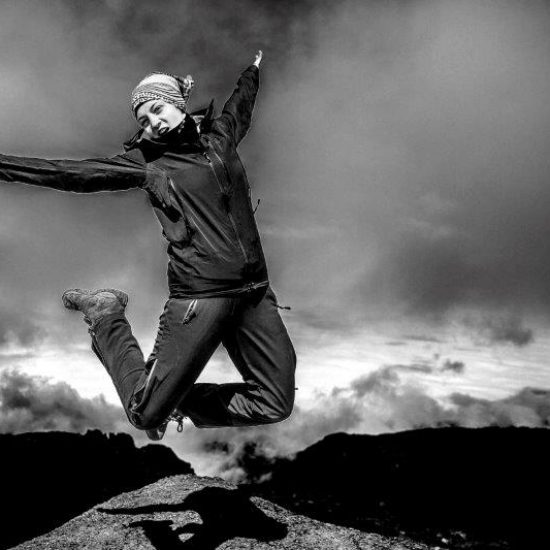 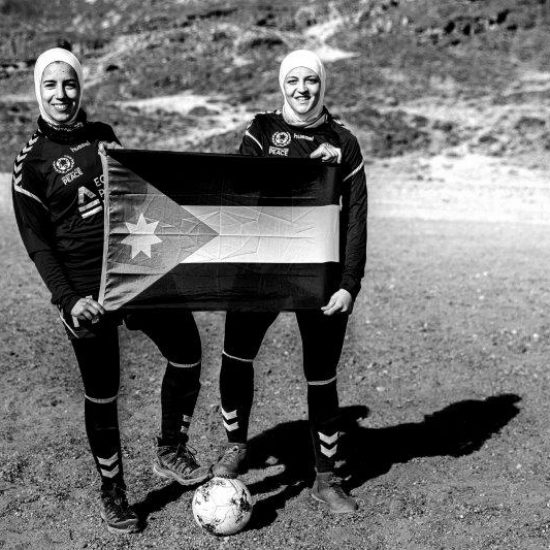 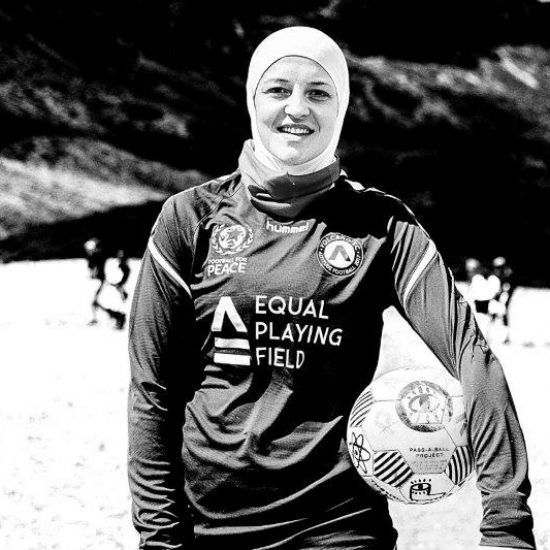 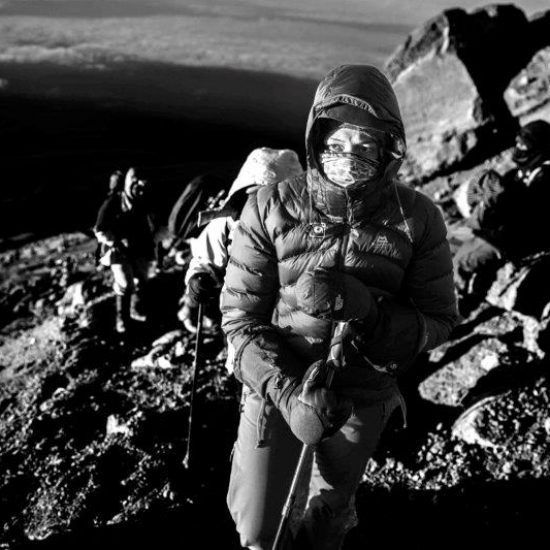 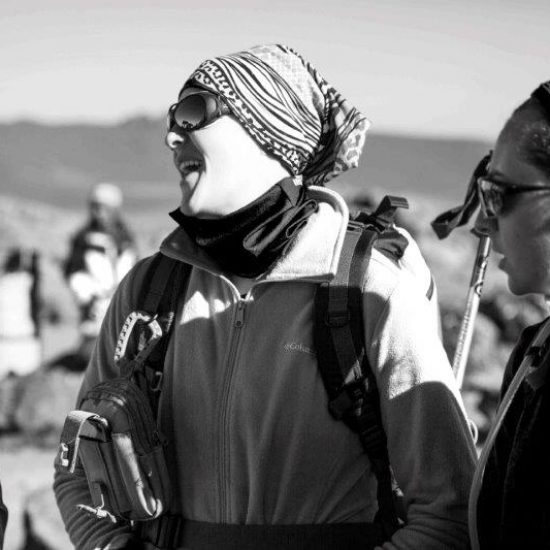 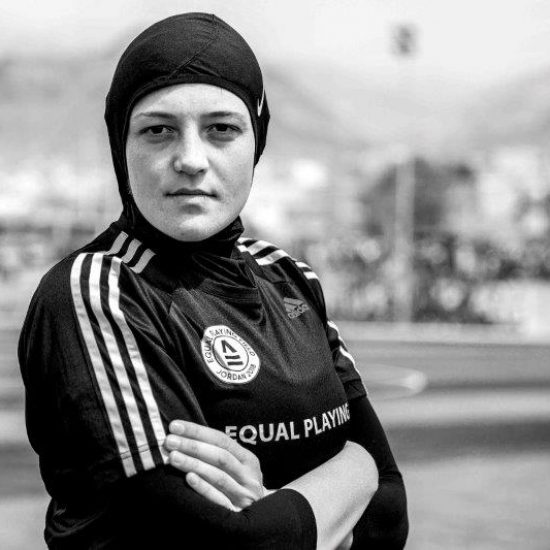 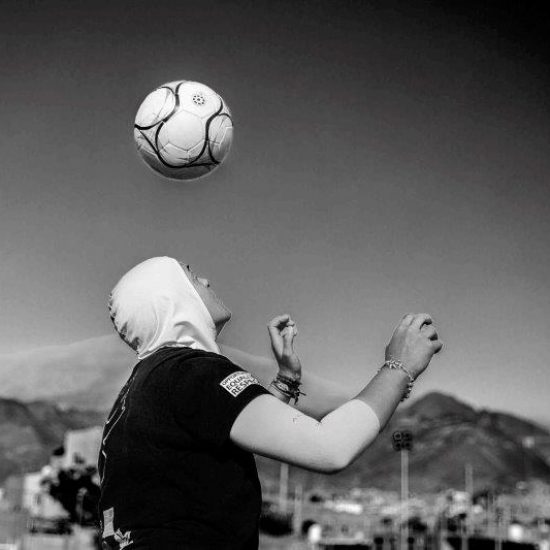 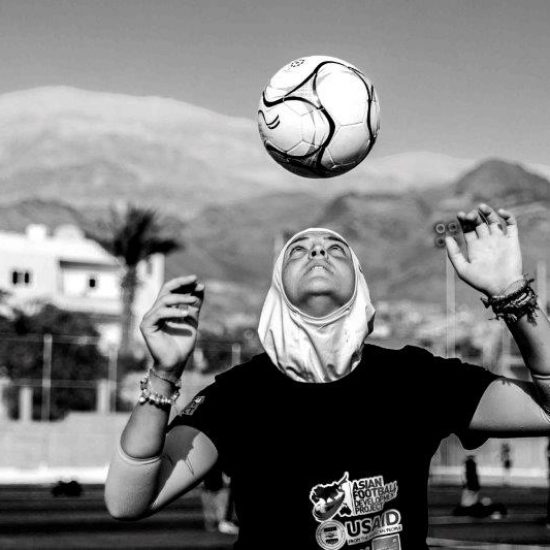 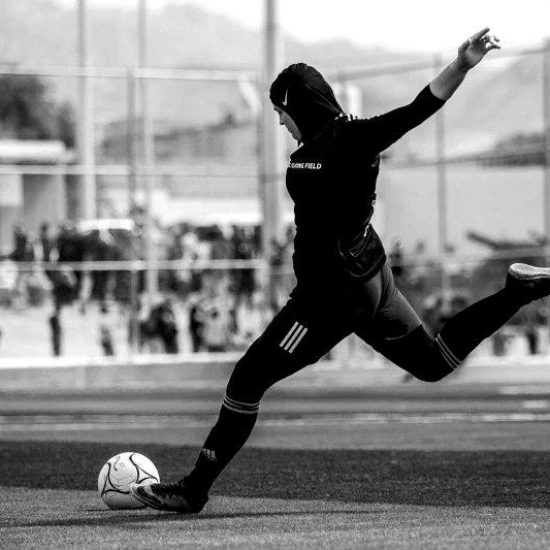 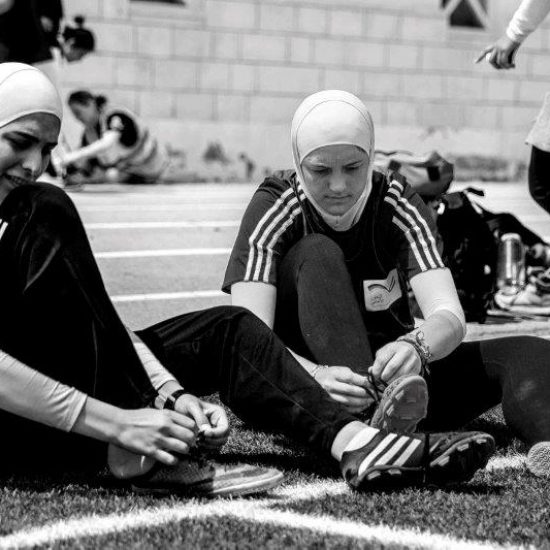 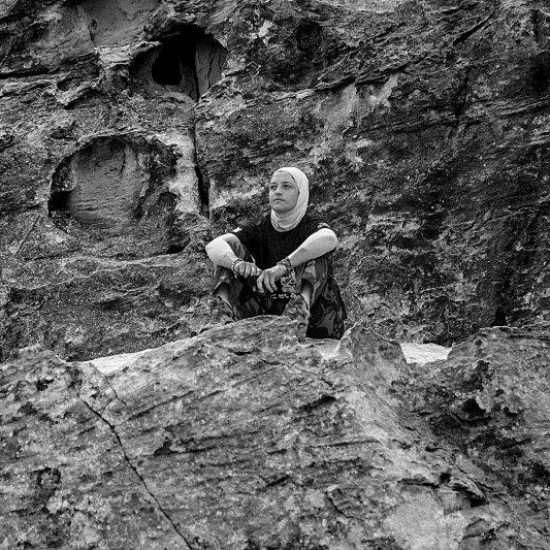 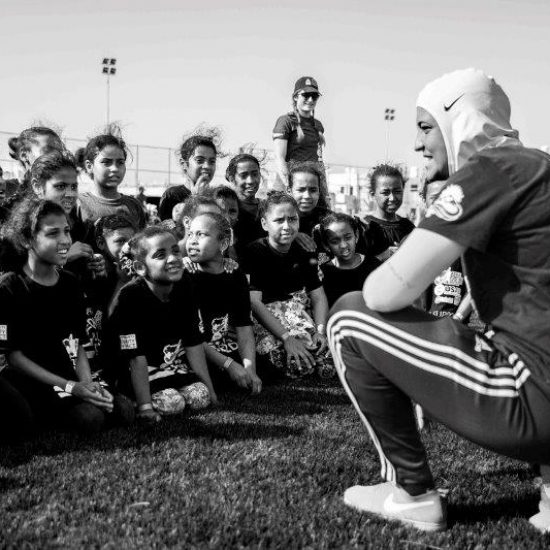 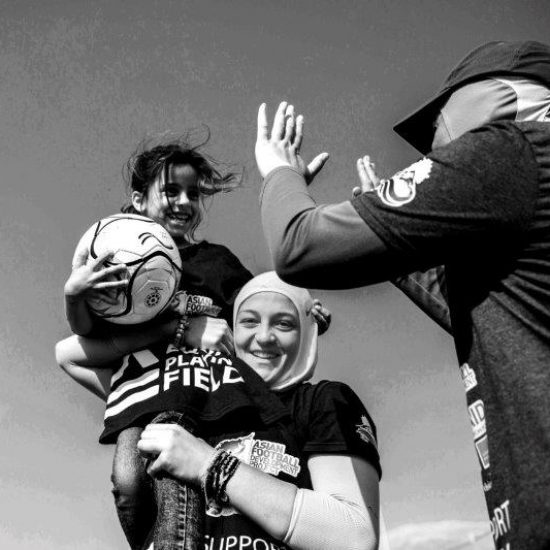 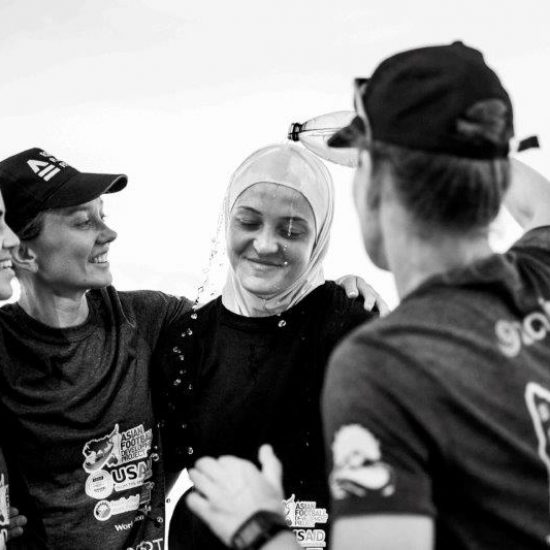 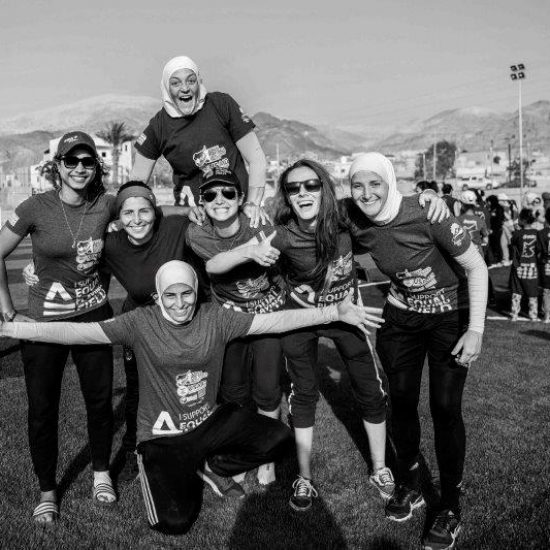 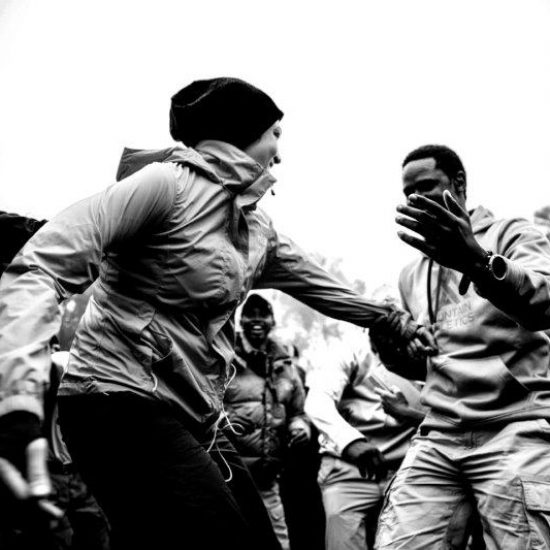 Giving up? There is no such thing!

In June 2017 I was the last one who arrived in Arusha to join the highest altitude game of football with Equal Playing Field. Actually I was assigned to another group but Laura Youngson approached me and pulled me into the Warthogs. A colorful mix of one co-founder, former international players, female FIFA representative from Australia, my backpack-buddy and filmmaker, a lovely French piper, our wise doctor and these two young chicks from Jordan. I thought: wow really? Haneen and Yasmeen, Ying and Yang. Young and yet so mature in mind. On the way to their challenge of their life. There were enough reasons to give up, but many more to go on. And within a year I experienced a wonderful development of both. And these to youngsters became co-organizers of Equal Playing Field Jordan.

Yasmeen M. Shabsough or Shabsi as we call her lovingly. She was 5 years old when she first started to play football. Most of her time with her brothers and cousins, but today only she is playing still. It was hard to play football as a girl but her family was her backbone always. Their support helped Shabsi to continue going. Besides all obstacles her mum made sure, that she was never late for her football training. Shabsi’s dad is her biggest cheerleader. He never missed one match.

She faced many challenges and resistances, she experienced barriers and she worked hard to believe in herself and to do whatever she wants to do. Through football she found herself. She realized that she has to do her best and never stop trying until she gets what she wants. Football also taught her teamwork: how to manage her ego and understand that a goal to be achieved it is the work of one team.

Football open closed doors for Shabsi. Jordan was chosen to host the FIFA U17 Women’s World Cup 2016 — and she was part of the organizing committee. For the first time in Jordan’s football history the national football stadium was sold out!

And with Equal Playing Field she reached a new level of self-confidence. The moment we all reached the top of Kilimanjaro Shabsi burst out in tears of happiness and tiredness The only thing what was going on in her mind: YES WE DID IT, we DID IT all – as ONE team. Everyone was telling her that there is no way she and everyone else can run and play of top of a mountain because of the lack of oxygen. But we all proved them wrong. The power she gained from the Equal Playing Field Squad was unbelievable. For her Kilimanjaro was full of powerful vibes. She played with her heart, not her body. It kept her going. And after the mountain challenge she became the co-Organizer of the Jordan Quest in April 2018.

Joining other women from different parts of the world it’s a message to the whole world: Football can unite us as humans –  regardless of our countries, religions, colors or any other differences. And she spreads this message through her work, while she is playing or talking to others. In the future, she hopes that applying equal rights will lead to equal play and pay for women in all jobs and sports. She believes from her heart that if women are treated equally, we will be able to build a better future for humanity.

“Football is truly an international language that everyone can speak, despite our differences.” Yasmeen M. Shabsough